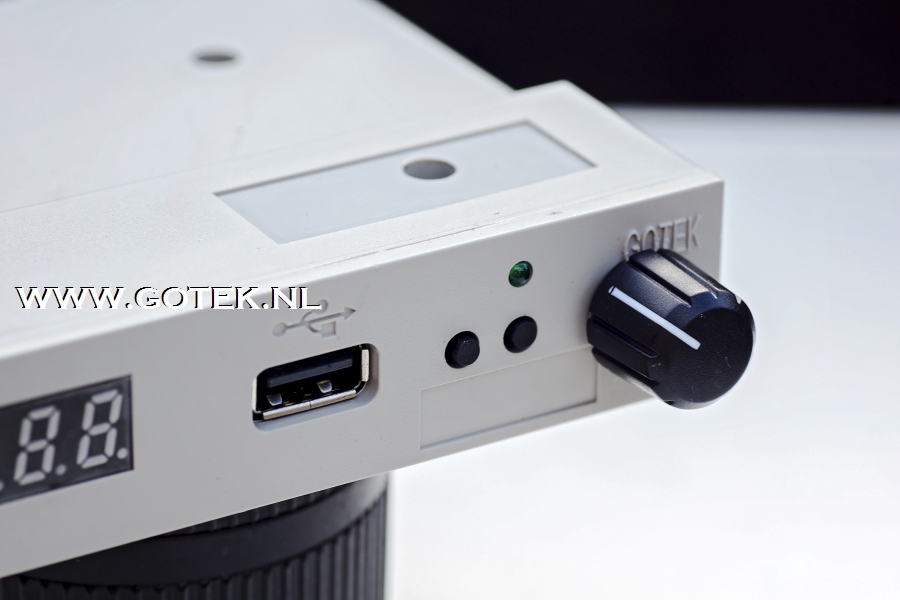 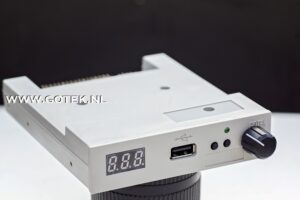 This model is equipped with a so-called Rotary Encoder, which means that selecting a virtual floppy is child's play by using a rotary knob.
with a simple turn of the button you can scroll through dozens of images, compared to pressing the up or down key dozens of times.
rotating slowly, the selection is very precise and you have less chance of overshooting than repeatedly pressing the up / down keys.
Furthermore, the Rotary encoder adds an Eject Disk / Insert Disk functionality, which is easy if you want to reboot for instance without having to load a disk again.
The Eject / Insert function is done by simply pressing the Rotary Encoder (knob) gently.

The drives are equipped with programming header, already updated with the latest Flashfloppy firmware, are fully tested and immediately ready for use.

By default this drive is shipped with the latest stable version of Flashfloppy, but upon request it can also be delivered with the latest Experimental release of FlashFloppy.
The Flashfloppy firmware can be used for a lot of systems, where it depends purely on the interface in the system where it should be installed, whether the floppy drive can be replaced 1 on 1.
Upgrading the firmware afterwards is easy: place a USB with the latest * .UPD file in the root and hold down both keys on the front of the Gotek while booting your machine.